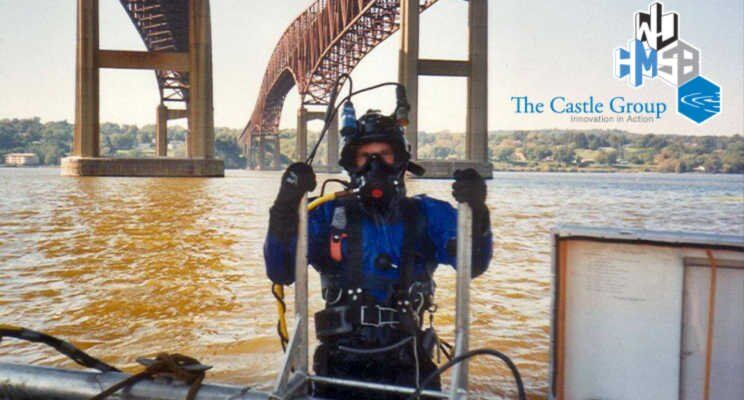 The Castle Group is a marine engineering and underwater construction firm that’s been doing work ranging from bridge and pier inspections to submarine power cable repairs to design and build projects in the hydro-marine space for over 30 years.

Led by Bill and Janet Castle, a husband and wife team, they’ve done work up and down the Eastern Mid-Atlantic. Sometimes even further afield.  Innovative in their approach, they strive to keep things cost-effective and practical.

“Bill’s mantra has always been to keep it simple,” shares Janet. “Engineers can tend to over complicate things. Bill is straightforward and pragmatic.  Contractors love him.  They just want to get the job done.”

The business side of the work, however, isn’t quite as simple as Janet explains.

The Captain Driving the Ship 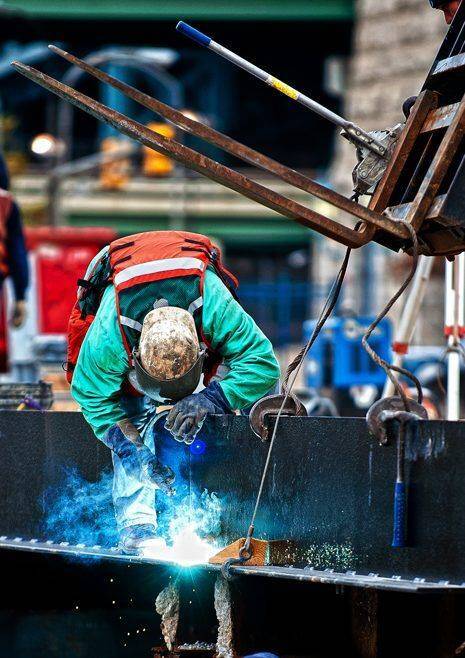 “For a long-time Bill was the captain driving the ship. He had the pipeline, the backlog, and the vision but he had a lot in his head.  Very little was written down. And I let him do a lot of the leading. A few years ago when I learned about “Scaling Up” I realized that we needed help. We needed to do things differently, but he and I weren’t aligned. I was outspoken in my opinions, but not secure.”

Bill has accomplished a great deal over the years. Starting over three decades ago, with a two-year drafting degree from Penn State and a little experience in the field, he applied for and got a job as a Burlington County Bridge Engineer. Scuba started as a hobby. After years of working for the county, he saw that there was an unmet need in the market for qualified diving Engineers to do underwater inspections.  So he started the business, W.J. Castle PE and Associates in 1983 as a structural and civil engineering firm.  In the beginning, Bill was doing bridge inspections with a friend as his right hand.

After 15 years of work with his own clients, Bill saw much that could be improved. The lack of professionalism in the marine construction side, and how companies kept (or didn’t keep) their equipment maintained just to start. Once again, Bill knew that they could do better. Janet had come into the business a few years earlier, although raising kids, managing the demands of a growing business and juggling work priorities was a constant struggle.  But that didn’t stop them.  In 1997, Hydro-Marine Construction Company, Inc. was launched.

Diving Into the Deep End

Business, especially in the construction sector, proved to be unpredictable.  Some years were good, others weren’t.  They were dependent on the RFP / low bid process for much of their work and it could take months to land a project.  Finding qualified engineers who could also dive commercially was another challenge. Their accounting firm helped them to find a solid bookkeeper and manage their tax burden appropriately, but Janet knew that it wasn’t enough.

“Haefele, Flanagan gave us good insights, recommendations and referrals.  They were always direct and matter of fact and encouraged us to put money away during good years. We hadn’t ever really looked at our numbers as a team and they also pushed us to increase our gross margin. But we just didn’t know how to get there.”

Then, seven years ago, after attending a Scaling Up briefing put on by CEO Think Tank® that Haefele, Flanagan held, she learned that there was a more robust approach to running a business.  Janet decided to take the plunge into the Rockefeller Habits “water” and up their business game.

That was when the real work began.

“Bill wasn’t bought in to using an outside consultant, but I knew that I needed help at a minimum,” she says simply.

While Bill was in charge of Sales and Business Development as well as the engineering, Janet was running the back office, operations and overseeing the financials.  At the time they had about 15 people and a team of subcontractors.

“Starting with one on one coaching to get my head around my roles and responsibilities  as President of the construction arm made sense.  After working on our plan with you, I understood that to really get traction, I needed to get Bill and the team involved.  So I convinced him to make the time to create our One Page Strategic Plan™ (OPSP) together. That’s what really started to make a difference in the company.”

Having the Right Crew

Janet will freely admit that while she loves to dig into the numbers, people are not her strong suit.

“Learning how to be a better manager of people is probably one of my biggest takeaways from the work that we’ve done,” Janet shares. “You really need to be clear with your expectations, ask questions and check to confirm their understanding.  You can’t just say something and assume that your team has heard it.  Even when they’re in the room and nodding their heads,” she says with a grin.

She and the team also learned the importance of boundaries in the past few years. “People may be a fit for a time but not forever.  And while your people are your most important and hardest to replace resource, they’re also a crap shoot if you don’t manage them properly.”

Learning to Row Together

Doing the planning as a leadership team also created a stronger and more cohesive company.

“The OPSP™ and the Quarterly meetings had us looking at our profitability on a regular basis, setting targets, and assigning accountability for meeting those targets. A lot of our work initially in the Financial arena was just getting the basics in place. Undertaking job costing, implementing A/R and A/P processes, doing Cash Flow projections. But having the regular meeting rhythm where we carved out time to address issues and make decisions as a leadership team made us more focused and responsible.”

With a laugh, Janet acknowledges that accountability was probably the biggest hurdle that she and Bill faced.  While her team had said that they wanted to be accountable, when they finally were given clearly defined scorecards and had to stay on top of their numbers and make their targets, there was push back.

“We’ve come a long way. Now, members of the team who are accountable for the goals, know the priorities and raise red flags if there’s going to be an issue meeting the target. It’s like magic, but really it’s just people knowing and doing their jobs.  Not complaining and stamping their feet,” she adds with a grimace.

Now the controller has access to the pipeline. It’s captured and updated every other week and is not just in Bill’s head.  Cash Flow projections allow the team to look ahead and predict what’s coming down the pike. Bill and Rick, the Senior Engineer, have regular meetings with their teams to review work in progress and work that’s on deck.  They have the information that allows them to be proactive now, when before they were reactive.

Their team of diving engineers has been brought into the project management process to help the company stay on top of profitability numbers. They’re also routinely meeting with prospective customers, putting on lunch and learns to help others in the industry keep up their CEU’s and doing talks on what’s new and innovative in the hydro-marine space.

Both Bill and Janet readily admit that the industry will always have its ups and downs.  Construction can be notoriously unpredictable (especially marine construction). The team has pulled together, however, to ensure that Bill and Rick are out in the market, making the right connections and keeping the lines of communication open with their customer base.

The Castle’s have always valued the loyalty of their team. It took a commitment to building something greater than themselves, however, when they decided to make the investment in the team’s growth and development.

“With our focus on getting more work from semi-private companies like the utilities and the private sector, we now have much more reliability and predictability in the project stream,” Janet explains. “And with the roadmap of the plan and better projections and estimates, we can see where the gaps are and work to fill them proactively.”

The results? Over the past few years their top line has increased by 35%, but more importantly, they’ve stabilized their Gross Margin in both companies,

“Simply put we’ve got significant predictability now,” Janet says. “In our profit, our pipeline and our work.”

And in an industry that’s rife with uncertainty – from environmental conditions to weather delays to scheduling nightmares, that’s a huge win.

And if you’d like to learn from other successful CEO’s,