How to Carry on a Family Tradition – Di Bruno Bros. style

Bill Mignucci Jr. had been planning to leave town and head to California after he graduated from Drexel University in 1990. That was before his grandparents, Danny and Mary Di Bruno sat him down at their kitchen table with a business proposal.

His grandfather and Danny’s brother Joe had started Di Bruno Bros. Grocery Store in the 1930’s after immigrating to the United States from Italy, via Ellis Island, with just a third-grade education and a dream. Over the next several decades, they grew into a neighborhood staple, creating a “Philadelphia” Brand.

It wasn’t a huge operation then. One store, a 700 square foot cheese shop in the heart of the Italian Market with 12 employees, 10 of whom were family, and a strong neighborhood following – but like many family businesses – no succession plan. 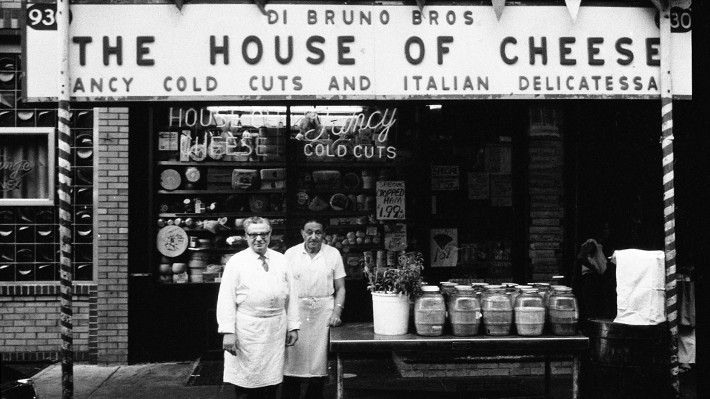 It started with a Family Meeting

“Why don’t you think about taking over the business?”

Bill’s grandfather asked him. Bill was shocked. He had no intention of taking over the family business. His plan had been to go to California with his friends to use his business degree and meet a nice girl. His grandparents had other ideas. “You can stay here in Philadelphia and meet girls,” his grandfather said, “And besides, you can’t be a business owner if you go to California.” And while his grandmother acknowledged that the business was his grandfather’s “girlfriend” and took up too much of her husband’s time, she turned around, looked at Bill and said with a wink, “I think you would be a natural.”

Later that night, after a long discussion and a few more glasses of Italian wine, Bill called his cousin Emilio who was working as a chef and going to culinary school. Would he be interested in partnering on the business? “Because I’m not doing this without you”, he added. Emilio jumped at the chance. “I’ll do anything to get out of the kitchen,” he replied. So the two cousins called the whole family together and less than two months later, they were partners.

Then their education really began…

“We were just two South-Philly, Italian, guidos trying to run a Philadelphia icon,” Bill shared with me at a recent meeting at his “kitchen table”, one of their conference rooms in their Chestnut Street store. “All eyes were on us. There was this amazing resurgence of food and foodies that was happening in the city. Lots of opportunity. We had a great brand, great potential, and lots of entrepreneurial spirit but we were young and really had no destination in mind and probably, more importantly, no guardrails.”  Although as Bill pointed out to me, being naïve was actually one of their biggest tools because they were willing to take chances which ultimately allowed them to grow.

Thankfully though, Bill had a business mentor who was advising him. “‘Where are you driving to?’ he asked me. ‘You have a chance to have an impact on lots of people and the community too but with no idea of where you’re going, you won’t achieve all that you have the potential to achieve. And, you’ll end up having regrets.’”

Bill and Emilio took his guidance to heart. They started with the resources that were available to them nearby, beginning with the Wharton Small Business Development Center (SBDC) at the University of Pennsylvania, which helps hundreds of small businesses every year. They crafted a plan using the SBDC’s assistance and used the interns (generally business students getting their MBA’s) on several projects including determining their growth Strategy.

Then Bill went to Ann Arbor, Michigan to participate in a ZingTrain seminar at Zingerman’s and met Ari Weinzweig.

Creating a Culture of Servant Leadership

“We were in search of a strategy and philosophy,” Bill shared with me. “I’d been reading a lot about Culture. Of course being in the restaurant business, I had heard about Ari because in those circles he and Zingerman’s community of businesses are famous plus he’d been featured in Inc. Magazine as this enlightened CEO who was also a Servant Leader.” Being familiar with Robert Greenfield’s philosophy on Servant Leadership, Bill was a fan. And a big believer in having an impact on people and the community.

But his grandmother was probably the biggest reason why he felt so drawn to the idea. “She was one of the most influential people in my life,” he said. “Her kitchen was her ‘alter’ and she lived by the St. Francis prayer. She used to tell me, ‘the giver is the greatest receiver’. And it was becoming clear to us that Di Bruno Bros needed to be a company that serves others. And Ari delivered it on a plate!”

More importantly, Zingerman’s approach and business model struck a chord with Bill. “Ari helps you as an entrepreneur to transfer from operating on instinct to operating with a growth mindset, intentionally. Ari told us that it’s not just the big companies that can benefit from a strong culture. A strong Culture provides the foundation for growth for any business. It grounds you AND gives you a safety net when things go wrong.” Bill grins. “And something is always going wrong in business.”

The Result? A New Tradition and a Positive Impact

Fast forward almost 15 years. Di Bruno Bros has grown to three divisions, Wholesale and E-Commerce, Catering, and Retail. Has five locations and employs over 300 people. Culture and Servant Leadership are still the backbone of the company, and Bill and Emilio and their team continue to build on what’s come to be an iconic Brand despite the changing business landscape that has disrupted other retailers.

As Bill said, Philadelphian’s are fiercely loyal to their neighborhood brands and Di Bruno’s is no exception. But that doesn’t mean that the learning stops.

What advice and guidance would Bill share with other entrepreneurs?

“Learning to run this business in an intentional way has been a continual evolution for us. I’ve had to ask myself many times, am I willing to take a step back and re-evaluate our Strategy? Can I continue to work to re-tool ourselves, and trust others? Sometimes you have to take a timeout before going forward.” He pauses and then continues after a moment of self-reflection.

“The work with ZingTrain helped us to connect the dots – and – Zingerman’s continues to be a valuable resource and example that we can model ourselves after. With the inspiration of Zingerman’s and the commitment and focus of Di Bruno Bros’ staff and management, we have built an organization with a strong culture. As a result, we’ve matured to a company that’s not just about making money, we’re having an impact!” 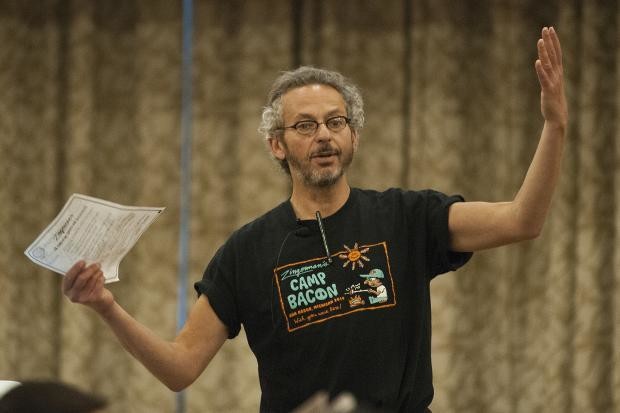 Ari Weinzweig at our ‘Zingerman’s 12 Natural Laws of Business’ event on October 20th, 2017

With over 30 years of experience, Cheryl Beth partners with small and mid-market CEO’s and C-level executives to create more valuable and sustainable companies. She has led strategic change initiatives, provided business advisory and coaching services to hundreds of small and mid-market companies and focused on providing a return on investment to every CEO with whom she has worked. Questions about how you can scale your business? Connect with Cheryl Beth on LinkedIn and drop her a message, she’s happy to offer some guidance.

Enter your email below and join our growing community today.

Welcome! You have successfully subscribed.