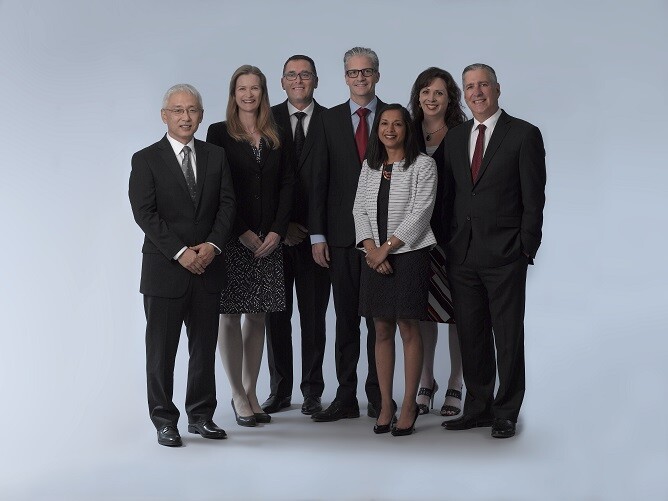 Today, Datacolor is an eclectic mix of people and products serving a wide variety of industries ranging from textiles to photography to plastics and paints in the color management arena. Their website describes them as having an American heart, a Swiss soul and an international vision.  While they’re headquartered in Lawrenceville, New Jersey outside of Princeton, the company is listed on the Swiss stock exchange, and has a manufacturing facility in China. Datacolor employs over 400 people with facilities in 15 different countries and representatives in over 100.  Quite a management challenge for anyone.

Ten years ago the picture was very different.

CEO of Datacolor since early 2009, Albert Busch took over the reins after being a Vice President of the Industrial Business Unit of the company. He faced a huge challenge.  The company was reeling from the recession, having made significant organizational and cost cuts to survive. To complicate matters, because of the company’s international makeup, team members came from many different backgrounds, with their own distinct culture and cultural norms.  And, Albert’s senior management team lacked alignment and effective ways to communicate with each other and the rest of the organization.

Albert believes very strongly in the power of teamwork and faced the challenge head on.

“I believe that if you don’t have a well-functioning Executive Team,” he told me, “there’s a very high chance that you will fail, even with great products and a solid strategy because you won’t be able to effectively execute. Even if you have a great plan.”

So in 2010, they went back to the basics, developed a plan with clear priorities, goals and targets and then focused on creating a strong Culture and Team so that they could execute that plan.

1) Core Values are the foundation. 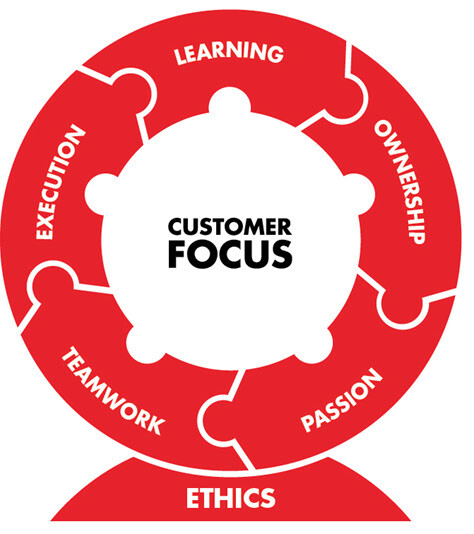 Very early on the Executive Team (ET) focused on articulating and strengthening the company’s Core Values. “The ‘Mission to Mars’ exercise [by Jim Collins] is one of the best that I’ve done to determine a company’s core values,” Albert shared with me. “Within a short period of time we were able to draft out the Core Values for the company and start using them. First at the Executive Team. Once we were convinced they were well-defined, we rolled them out to the rest of the organization.   Even though we initially developed them 8 years ago, they’re very much a part of our company’s culture today.” 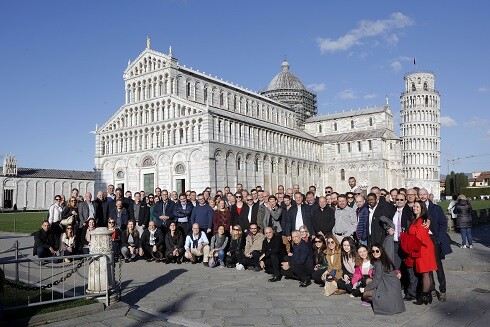 Datacolor has also incorporated their Core Values into their hiring and onboarding practices, their performance evaluation and 360s as well as their engagement surveys. Every quarter they reward and recognize examples of how the Core Values were lived by their employees, anywhere in the Datacolor “world”. They are the bedrock on which the company operates.

Towards the end of 2010, the Executive Team engaged in what was the first of what was to become a regular teambuilding process based on Pat Lencioni’s Five Dysfunctions.  As part of that process, the team defined “Rules of Engagement” to use as guiding principles when they had the need to do a deep, possibly confrontational dive into an issue or topic.  Lencioni says that conflict needs to be “mined for” in teams. Unless you create a safety zone, however, most people won’t take the risk. For Albert and the team, it was important to model what they wanted from the rest of the organization first.

“The first year we used the ‘Rules of Engagement’ ourselves before we rolled them out to the company. It took some time before we were able to fully live into them. Now they’re in every conference room and known and practiced by all employees.”

Adds Albert, “Using these rules supports the culture we want. We assume good intentions, actively listen and address issues proactively either face to face or by phone, not by email. The occurrence of email chains has gone way down. We have less finger pointing and escalation of issues. People know that if they have a problem with another employee, they’re expected to first try to work through it with that employee before escalating it.” 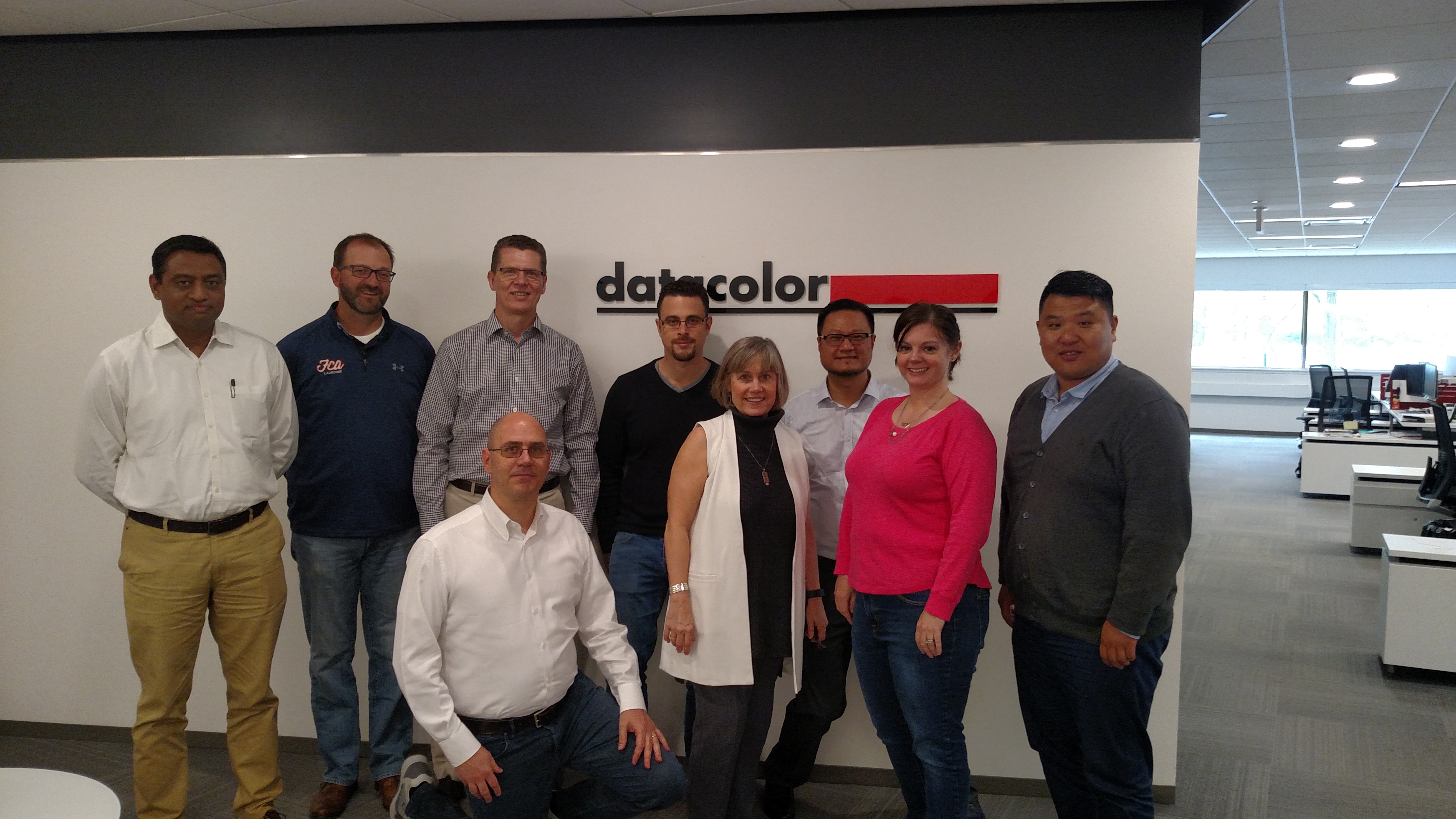 The Executive Team has also worked to ensure that employees have the tools to have productive conversations.  They’ve utilized Crucial Conversations, training their employees in active listening and how to give and receive feedback. The company also implemented CEO Think Tank®’s Leading Success program to give new supervisors and up and coming managers the managerial skills and tools to work with others productively.

3) Utilize the Principle of One to Ones.

The Executive Team had a third learning too as part of the Five Dysfunctions process. How vital it was that they each have relationships with each other.  Given that they weren’t all in the same geographic space and time zone, deliberately cultivating those relationships with face to face time became critically important.

“We have two types of meetings,” says Albert. “Our weekly ET meeting where we know that we have the opportunity to inform each other and address issues proactively as a group and weekly one to ones.” Albert himself has one to one’s every week with his direct reports.

But the real differentiator for Albert are the one to one’s which ET members have with each other. 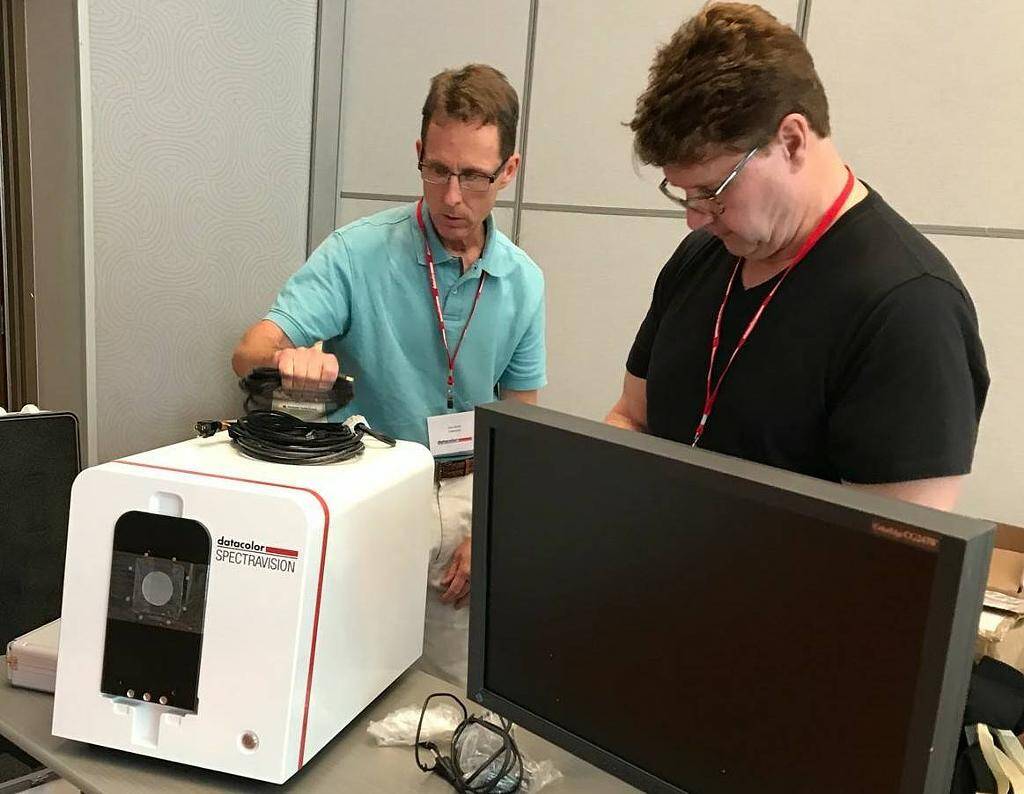 “We’re a functional organization so you’re going to have friction and tension.  How do you reduce that? Only by creating and supporting relationships with each other.  If there’s regular, scheduled communication between each member, at least once a month, it gives them the opportunity to work through issues.” He pauses and then adds, “We can’t build up trust at the team level without first having trust at the individual level. Initially we had to force ourselves to have the one on ones. We all travel. We all have a lot going on and many different responsibilities. So we have to be intentional and consciously work to calibrate. Once you get into a rhythm and see the value, it becomes much easier to keep it going. You need to get over that initial hump.”

The End Result of Datacolor’s Back to the Basics Approach?

It’s been a long road, with mis-steps and adjustments along the way. However, Albert is encouraged about what the team at Datacolor has accomplished. As CEO, he now has more time to work on the outward market facing and Board activities which his role demands.  “The ET members can function without me,” he shares with a smile. He knows that he can’t make all of the decisions, so he’s worked to create a team that’s capable of working together and making the right decisions with each other.  He’s clear that he can’t abdicate responsibility however.

“If my colleagues are not able to align on an issue and they’ve tried to work through it following our ‘Rules of Engagement’, then will work through the issues together, involving the team or seeking help as needed.”

That dynamic happens significantly less often than in the past and Albert is pleased with how far his team, and the company, have come. 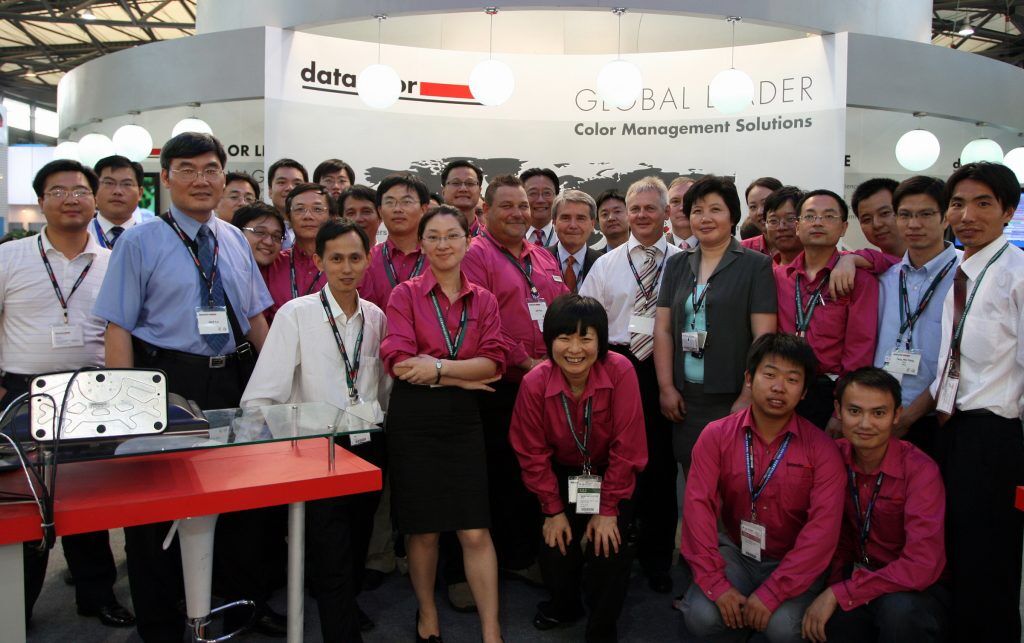 Another added benefit to this practice of intentional relationships and deliberate and scheduled communication?

Albert is able to more quickly provide performance feedback and better follow up. This has helped him to create a team of professionals who understand their roles and can deliver the results that have driven the company’s growth.

Over the past few years, Datacolor’s top line has grown from $45M in 2009 to over $72M in 2017 and their share price has quadrupled going from 200 to 800 Swiss Francs.  Cash on hand has grown five times and the company’s market cap has increased four times. And while the employee population has gone from 240 employees in 2009 to over 400, they’ve achieved high engagement scores of 4 out of 5 on surveys while expanding their reach geographically with offices in 15 countries. Very impressive results from where they were a decade ago. 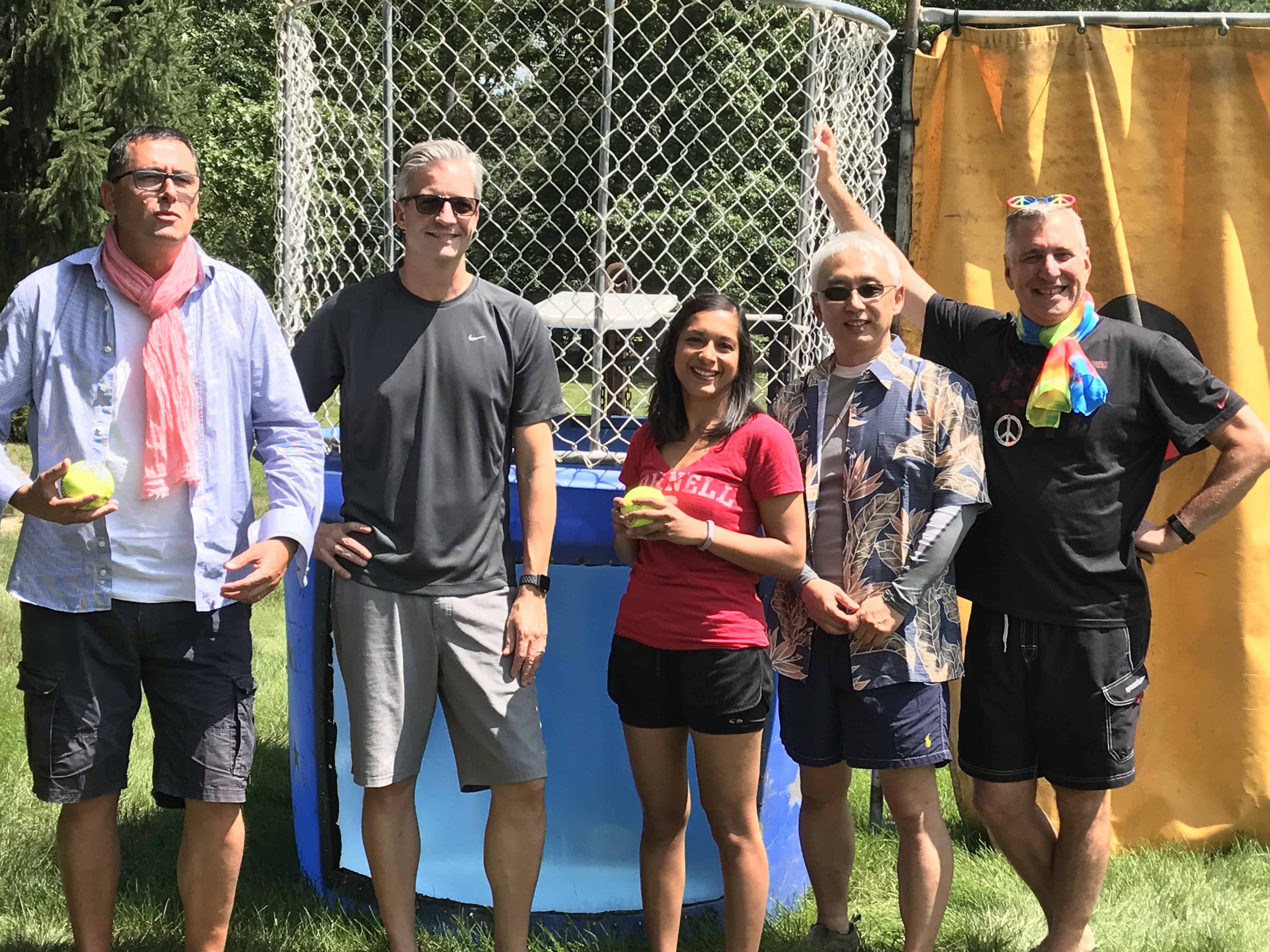 Albert freely admits that having a strong Core Culture and a well-functioning Executive Team aren’t the only things that have contributed to the company’s performance over the last few years but they’ve been an invaluable component.

“There are other critical elements. An in-depth understanding of your market and customer needs as well as embracing innovative technologies to develop completely new products and processes to meet these needs. The Board has also provided its full support to our longer term plans which has allowed us time to grow as an organization. The work that we’ve done on culture and teamwork has provided a solid foundation for our success to-date, and going forward.”